I am very excited to bring Iffy Magic: Confessions of a Faux Fairy Godmother to life on August 9th, 2016. Starting with a sneak peek at the fabulous cover art by Audrey Bagley at Sealoch Studio— 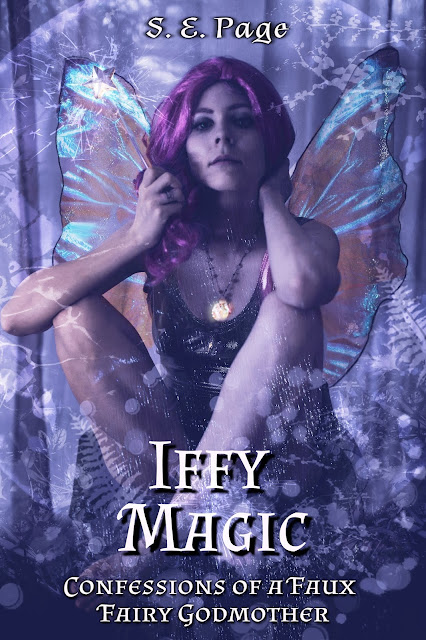 Everybody knows the Cinderella story, but no one knows the lie. There never was a fairy godmother, just Primrose Goodwing: a pixie whose magic always comes undone at midnight. Prim has just become the only Goodwing—ever—to fail her fairy godmother test. But she’s not ready to give up her wand yet. Trading her wings to smuggle herself into the Mortal Vale, Prim dreams of proving her worth by whipping up a happily-ever-after for a human venture in the quaint kingdom of Lindonberg.

Too bad Ember, the headstrong girl she picks, has her own ideas about happy endings that don’t involve the traditional castle and crown. Worse, Prim finds her heart torn by the wily shape shifter Calico, a descendant of Puss n’ Boots who hides a dark secret behind his spite for humans. All Prim’s schemes unravel when she discovers that “perfect” little Lindonberg is entangled in a web of intrigue and spells that threatens to annihilate every kingdom in the Mortal Vale.

Will her first fairy tale become her last? In a charming mix reminiscent of the beloved Ella Enchanted, S. E. Page’s Iffy Magic is the true tale of the pixie behind the girl with the glass slippers!

*Stay tuned for more sneak peeks into the story, including an animated book trailer, character interviews and a wanted poster for the renegade fairy Primrose Goodwing.

Posted by AnotherSarah at 12:00 AM